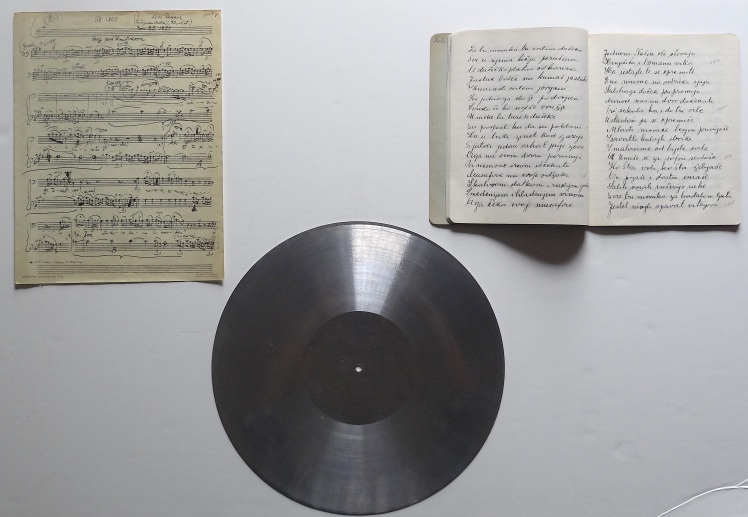 Oral poetry is often described as a form of “intangible cultural heritage,” a tradition that leaves few if any archival traces. In 1933, Milman Parry, a scholar of Homeric poetry interested in epic composition, began a massive project documenting oral epic poetry in the former Yugoslavia as a potential comparative model for the Iliad and the Odyssey. That documentation process demanded a variety of media forms, including notebooks for handwritten dictations, photographs, aluminum discs recorded on a custom pair of turntables that could record continuously, and later, transcriptions of text and music from those original recordings. In one sense, this proliferation of media represented a form of decompression: an “intangible” form of poetry exploded into a sizable archive including thousands of these documentary objects. But paradoxically, that archive can also be understood as a massive compression, in which this poetic tradition was reduced dramatically from being distributed through the bodies, mouths and minds of thousands of bards spread out over hundreds of miles to being collected into a one-room archive in Widener Library. This transformation also then amounts to a significant cultural, geographic and now temporal displacement, beyond its status as a de/compression.